Cher turned heads and commanded attention as she strutted down the runway during Paris Fashion Week.

The 76-year-old music icon made a surprise appearance during the close of Balmain's spring/summer 2023 show. She walked alongside the label's creative director Olivier Rousteing to the tunes of her hit song "Strong Enough."

During her cameo, the legendary singer wore a dark spandex bodysuit paired with chunky boots and metallic eyeshadow. She was all smiles and appeared to be in very good spirits.

"Just had best time on stage…felt great! Show was probably best fashion show 'ever,'" Cher said in a tweet. "Models were beauty from another universe, clothes to die for, Olivier to die for."

Since posting, Cher's tweet has received over 3,000 likes, coupled with lots of fans commenting on her fun fashion moment. 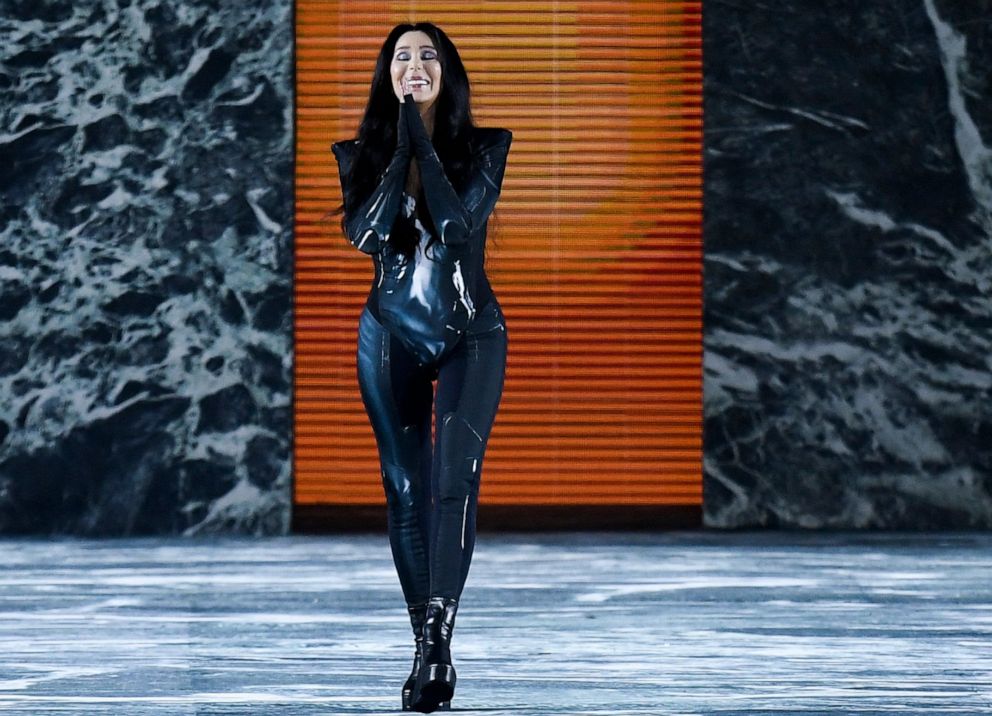 While reflecting on Cher's career and contributions to the fashion industry, Rousteing told WWD she's a "trailblazer."

"Cher has been a daring pioneer, a true trailblazer, for over six decades, never slowing down, always pulling us along with her, as she courageously marches forward," Rousteing said.

He continued, "Style icon doesn't come close to describing her achievement of defining more than a half-century's worth of fashion's trends. And, in this challenging age that compels us to fight for long-overdue changes, her impressive, long-term commitment to dedicated activism is an example to all."

While she has performed onstage since her "Here We Go Again Tour," the pop icon has continued to stay on the beauty and fashion scenes. She collaborated with Versace for a "Chersace" Pride collection in June and also with MAC Cosmetics earlier this year.