She will officially be joining an all-star lineup of notables as one of IMG Models' newest faces.

The prestigious agency has been famously known for its alignment with supermodels such as Gisele Bündchen, Gigi Hadid, Joan Smalls, Ashley Graham and a host of others.

Celebrities such as Ciara, Milly Bobby Brown, Selena Gomez are also associated with the company. 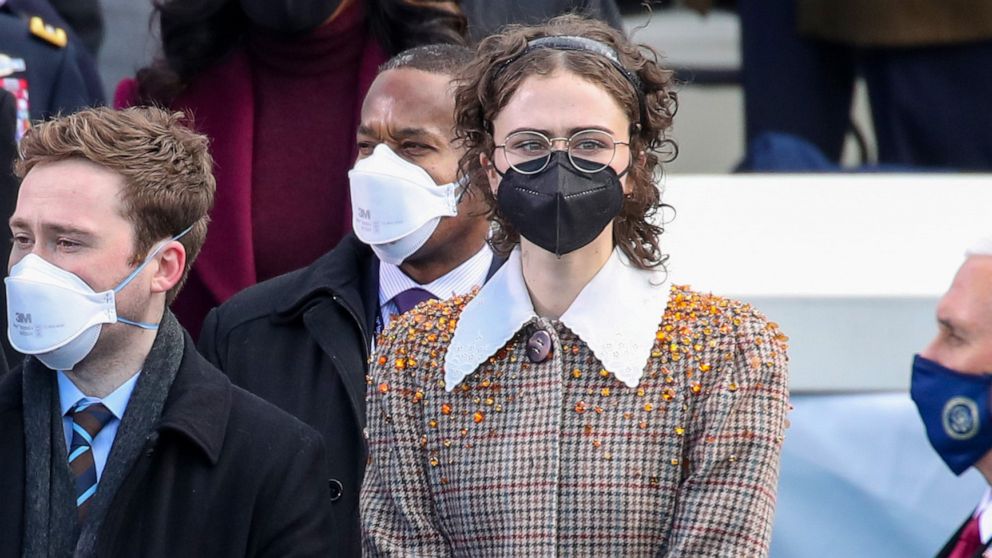 Rob Carr/Getty Images
Cole Emhoff, left, and Ella Emhoff, center stand as Lady Gaga sings the National Anthem at the presidential inauguration of Joe Biden on the West Front of the U.S. Capitol on Jan. 20, 2021, in Washington.

"It's not really about shape, size or gender any more," Ivan Bart, the president of IMG Models told The New York Times, "noting that what brands are attracted to, and what consumers want, is authenticity. "Ella communicates this moment in time. There's a cheekiness and a joy she exudes."

Bart also added that after seeing her at the swearing in, he thought "Wow, she’s communicating fashion."

This news comes shortly after she shined and stylishly stood out during this year's 2021 presidential inauguration wearing a houndstooth Miu Miu coat embellished with jeweled shoulder pads and a white oversized collar. She paired the look with gloves and a black face mask.

Shortly after the historic event, onlookers coined Emhoff to be one of the most fashionable in attendance.

The modeling agency announced its partnership with Gorman in a tweet that has since gained more than 1,000 likes and hundreds of supporting comments.

Gorman is a recent graduate of Harvard University and received praise for her "The Hill We Climb" poem recited at this year's inauguration.