As we inch closer to this year's Oscars, one question besides, "Who will win?" is "What will everyone wear?"

Wondering how everyone will piece together their ensembles? You're not alone. 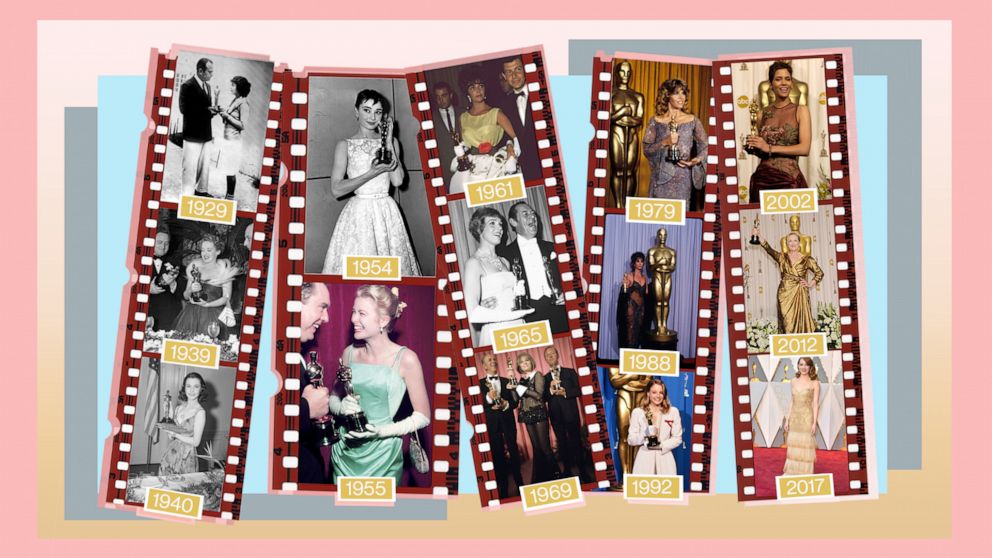 A few clues include that not one best actress winner in the past decade has had a slit in their gown.

Another fun fact is that only three of the past 20 winners (best actress and best supporting actress) wore strapless, according to style expert Melissa Garcia who's researched and analyzed past looks.

Scroll ahead to see several unforgettable Oscars fashion blasts from the past.

Oscars fashion blasts from the past

Janet Gaynor was the first-ever recipient of the highly acclaimed award, and she casually wore a gray top, white skirt, and lace-up flat shoes. 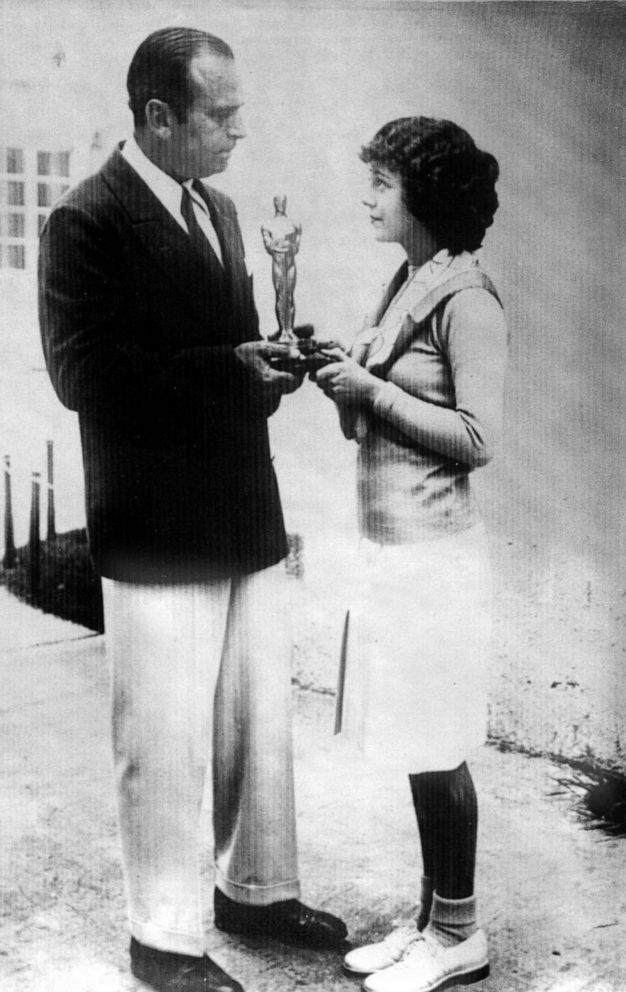 Apic/Getty Images, FILE
In this Feb. 7, 1929 file photo, Janet Gaynor receives the Academy Award for best actress in film Sunny Side Up.

Audrey Hepburn marveled in a belted floral print look by Givenchy as she accepted the 1954 award for her role in "Roman Holiday."

There was also Barbara Streisand in 1969 who was one of the first best actress winners to wear a sparkling two-piece ensemble that included pants. 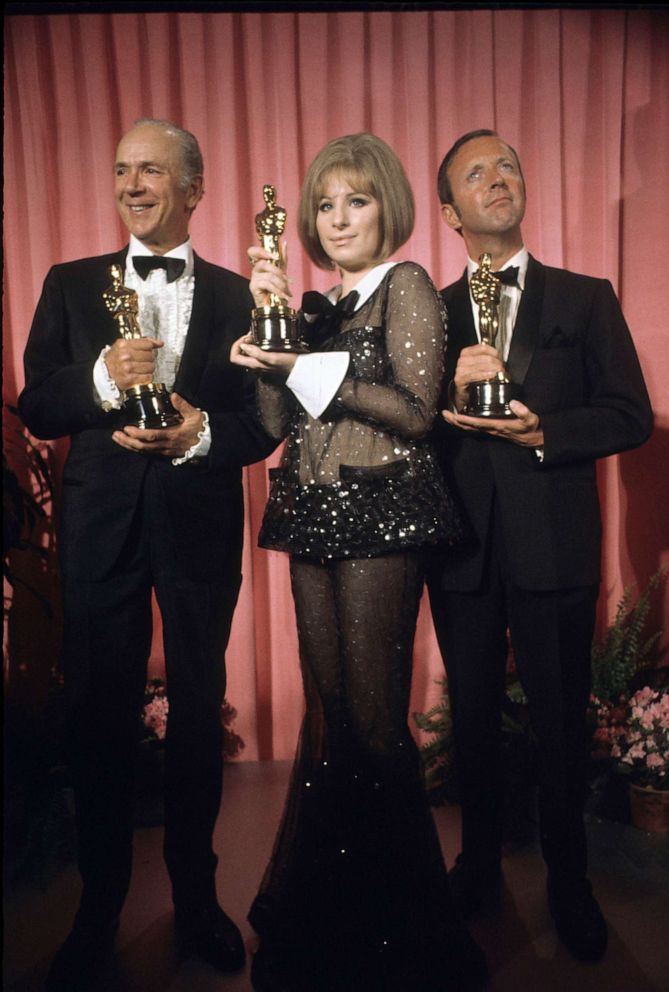 "I had no idea that when the lights hit that outfit, it would become transparent," Streisand told W magazine in a 2016. "I wanted a white collar and cuffs, which it had, and I wore my hair under my chin, because I thought to myself, I'm going to win two Oscars in my lifetime, and I'll be more conservative next time."

It's also hard to ever forget Cher's iconic embellished Bob Mackie ensemble in 1988 when she won for her leading role in "Moonstruck." 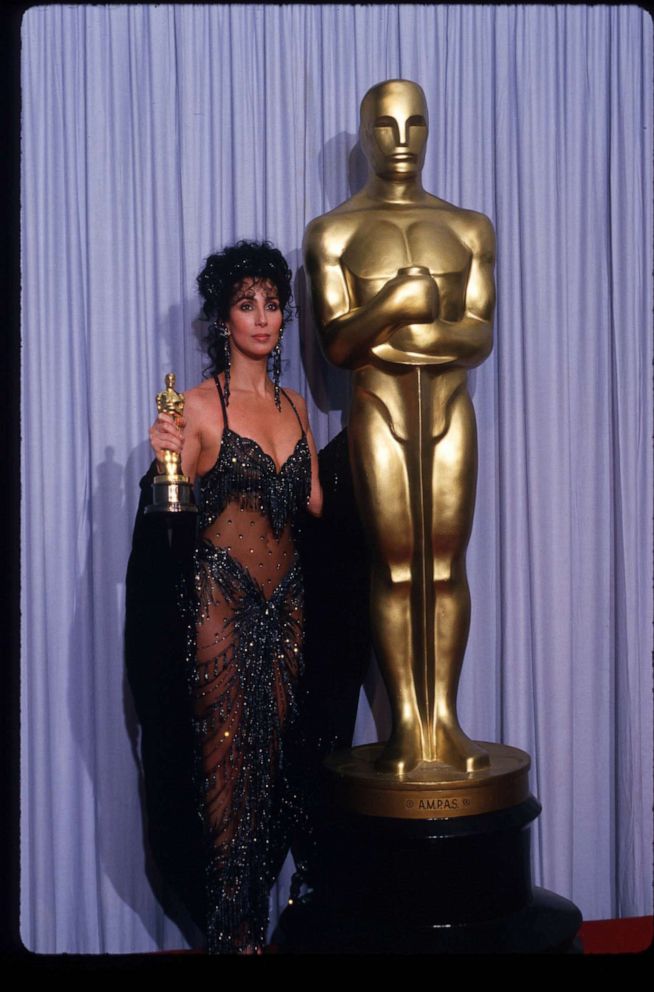 John T. Barr/Liaison via Getty Images, FILE
In this April 11, 1988, file photo, Cher holds her Best Actress in a Leading Role Oscar for "Moonstruck" at the Academy Awards in Los Angeles.

Fast Forward to the early 2000s and many of us couldn't get enough of Halle Berry's embroidered Elie Saab gown that was a total "wow" moment and ultimately helped the Lebanese designer gain more expores. 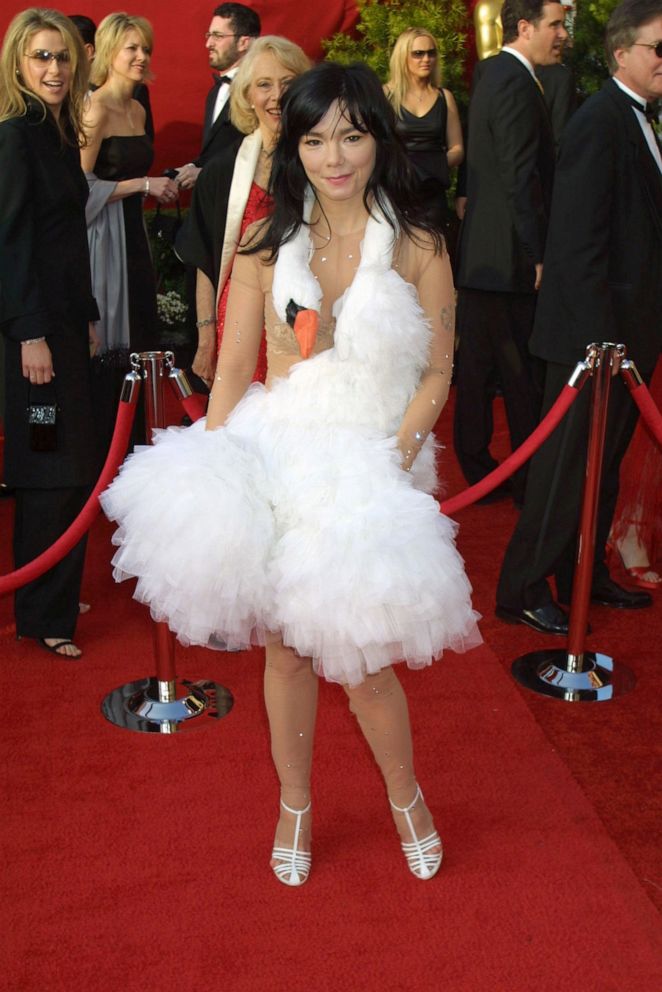 FilmMagic via Getty Images
Bjork arrives at the 73rd Academy Awards ceremony, March 25, 2001, at the Shrine Auditorium in Los Angeles.

Kicking off the 2000s, Icelandic singer Björk's swan dress may or may not be one of the most talked-about red carpet looks of all time. Worn in 2001 and again for one of her album covers, the iconic look was designed by Marjan Pejoski.

"Halle Berry made the name Elie Saab more popular … She managed to really put the name Elie Saab on the international market," the designer told Vogue in 2019. "[That time] was a better time for cinema in general. [Halle Berry] was the first woman of color [to receive the Oscar for Best Actress] … It was elegant and daring and chic. I think this moment was a very exceptional moment for cinema."

In 2019, Olivia Coleman was gorgeous in a green Prada look that included pockets. She received the best actress award for her role as Queen Anne in "The Favourite." 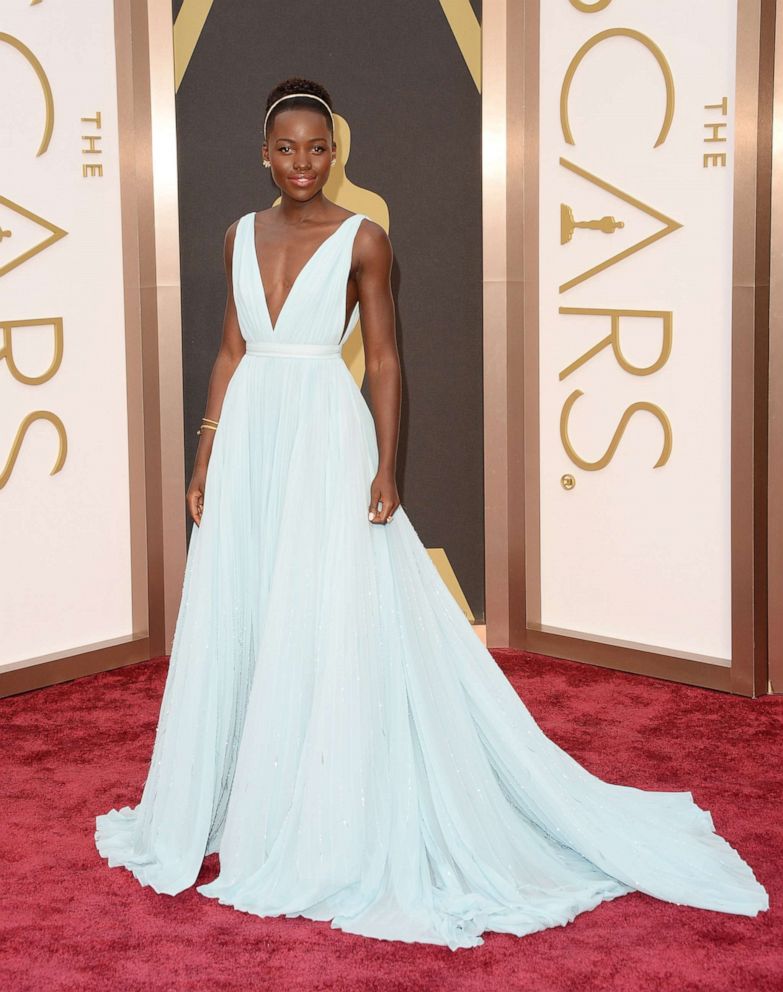 Fans, celebrity stylists and more have continued to spotlight Lupita Nyong'o's 86th annual Academy Award dress as one of the best ever.

The actress wore a a Cinderella-like powder blue custom Prada dress that she paired beautifully with a beautiful headband. 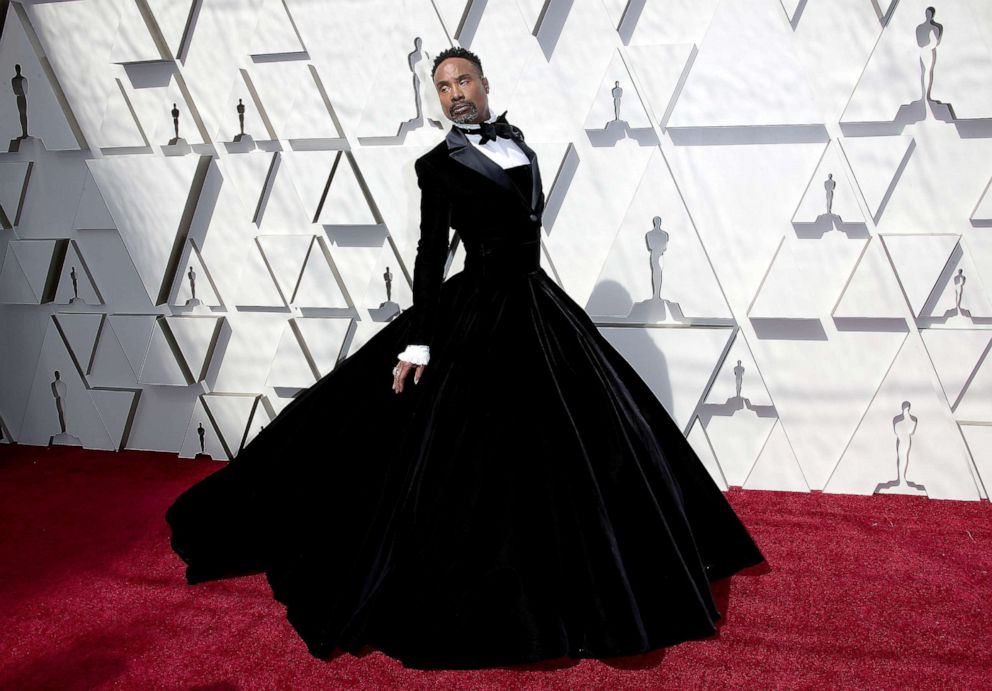 As the years have flew by, Oscars fashion has continued to involve. It's also gotten bigger and bolder -- which was certaintly the case with Billy Porter's headturning 2019 ensemble.

After almost two years of iving through a global pandemic and slimmed down red carpets, it's hard to say how celebrities will show off their awards style now. However, we do have a feeling that the show will be filled lots of fresh energy, high style and plenty of looks we will be talking about for days to come.