Emma Watson shined on the red, actually green, carpet for the first time in a while wearing a unique, eco-chic ensemble.

"I had the immense honour to dress Emma Watson in customized head-to-toe Harris Reed for tonight's Earthshot Prize," Reed said in a post.

The designer also sent a "massive massive" thank you to the team that helped him bring the look to life. 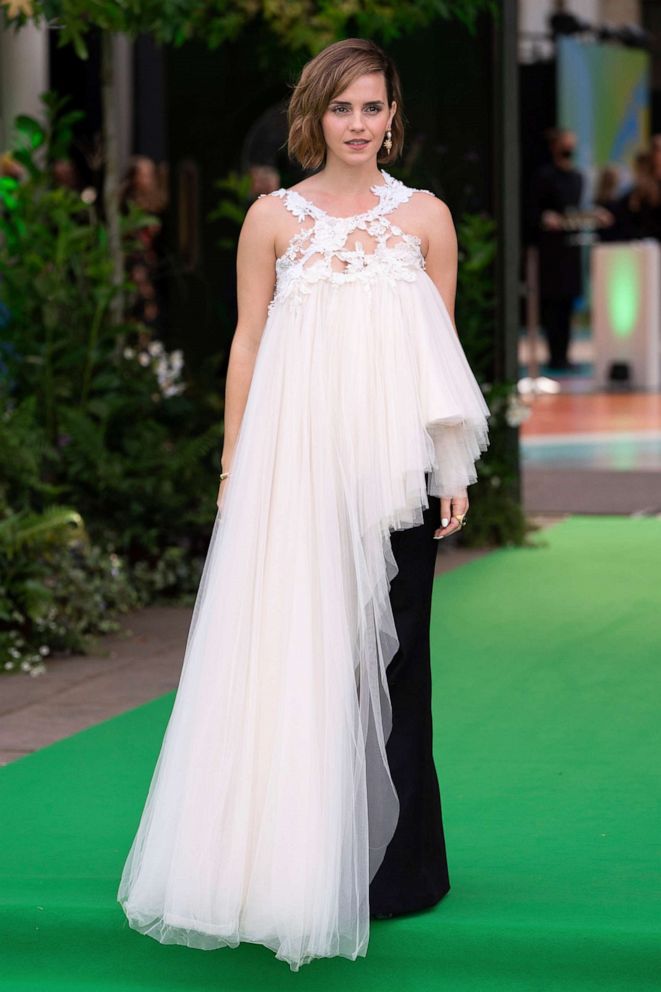 Watson was not only an attendee but also a presenter for the inaugural affair.

This hasn't been her first time advocating for sustainable fashion. In 2016, the actress wore a stunning gown made from recycled plastic bottles in collaboration with Calvin Klein.

The London-based ceremony was hosted by Duchess Kate and the Royal Foundation and honors several notables who have tackled challenges as they relate to climate change.

MORE: What is slow fashion? Movement toward more sustainable style is expanding

Like Watson, The Duchess of Cambridge, also wore a recycled Alexander McQueen dress that she first was seen wearing for the 2011 BAFTAs in Los Angeles.