By Katie Kindelan, Angeline Jane Bernabe
Share —
Sign up for our newsletters to get GMA delivered to your inbox every morning!

Prince Harry and Meghan, the Duchess of Sussex, stepped out in New York City Tuesday night to receive an award for their humanitarian work.

The couple received the Ripple of Hope Award, an honor given by the Robert F. Kennedy Human Rights organization to leaders who have "demonstrated an unwavering commitment to social change and worked to protect and advance equity, justice, and human rights."

The Sussexes received the award alongside five other recipients, including Ukrainian President Volodymyr Zelensky, at a gala emceed by actor Alec Baldwin. 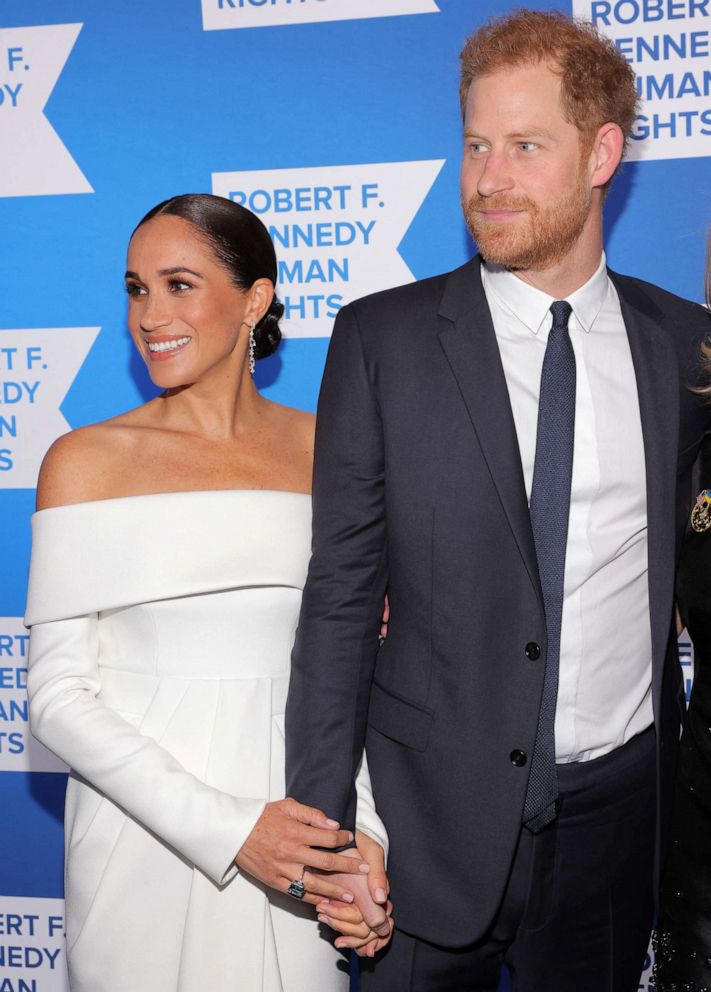 Meghan arrived on the blue carpet in a white off-the-shoulder dress, while Harry opted for a classic suit. The couple was all smiles as they made their way down the carpet and were greeted by Kerry Kennedy.

During the gala, the Sussexes joked onstage about it being a date night, with Harry saying to the audience, "It is nice to share date night with all of you. Thank you for coming."

Amid laughs, Meghan replied to Harry, "Thank you for bringing me on this very special date night." 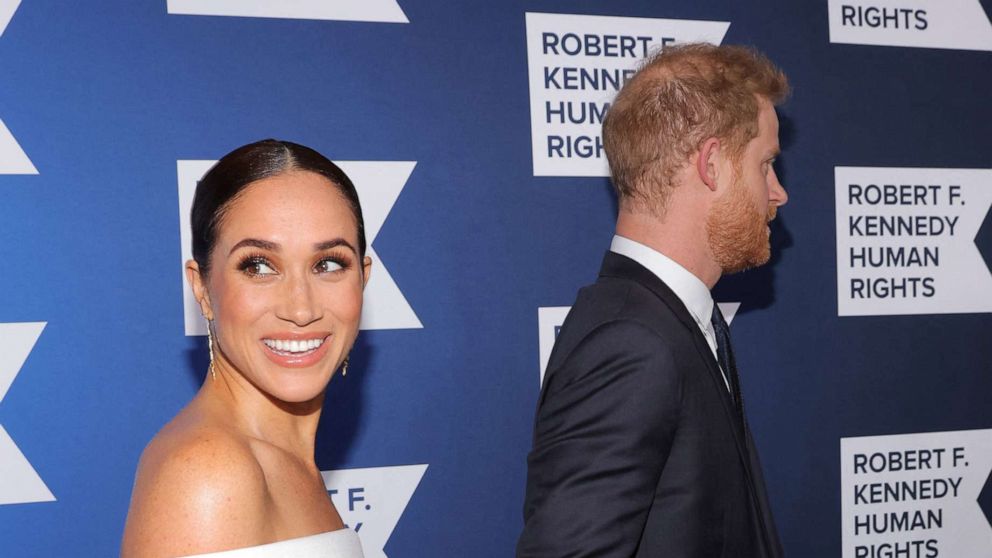 Later in the evening, Meghan discussed her decision to speak out about her mental health struggles saying she chose to speak publicly to help others.

“We all need to, when we can, if we feel brave enough, to just speak honestly about your own experience," Meghan said. "It gives other people space and the courage to do the same, but more than that to really feel like you're not alone.”

Mental health is among the topics expected to be covered on Meghan and Harry's highly-anticipated Netflix docuseries, "Harry & Meghan," the first three episodes of which will air Thursday.

Another issue expected to be touched on is racism, which Harry and Meghan have also centered in their work and spoken about previously. 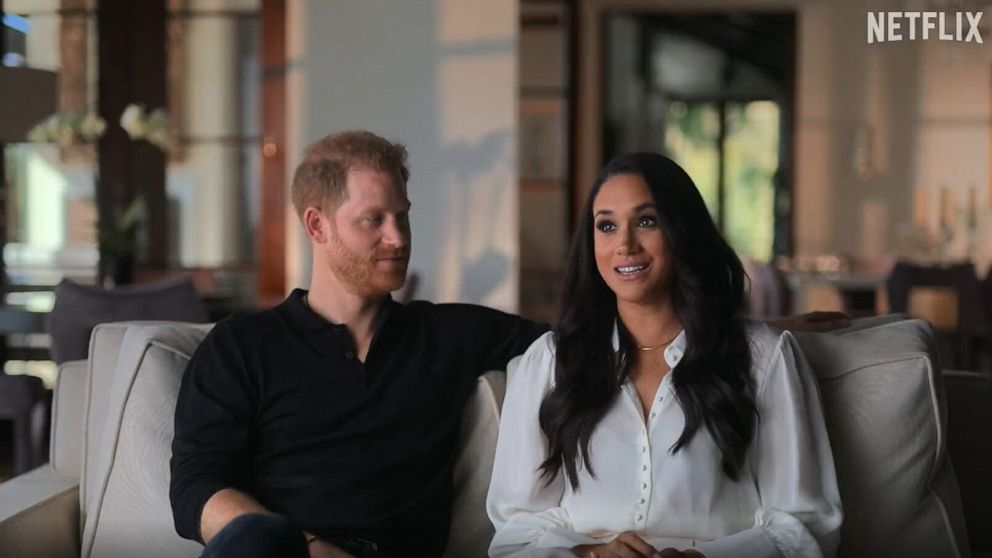 In a primetime interview with Oprah Winfrey last year, after the Sussexes stepped down from their senior royal roles, the couple made bombshell allegations of racism within the royal institution, with Meghan speaking out about being suicidal during her time as a royal.

Trailers for the documentary have already generated controversy, with some critics claiming footage showing the press and paparazzi were from moments unrelated to Harry and Meghan. 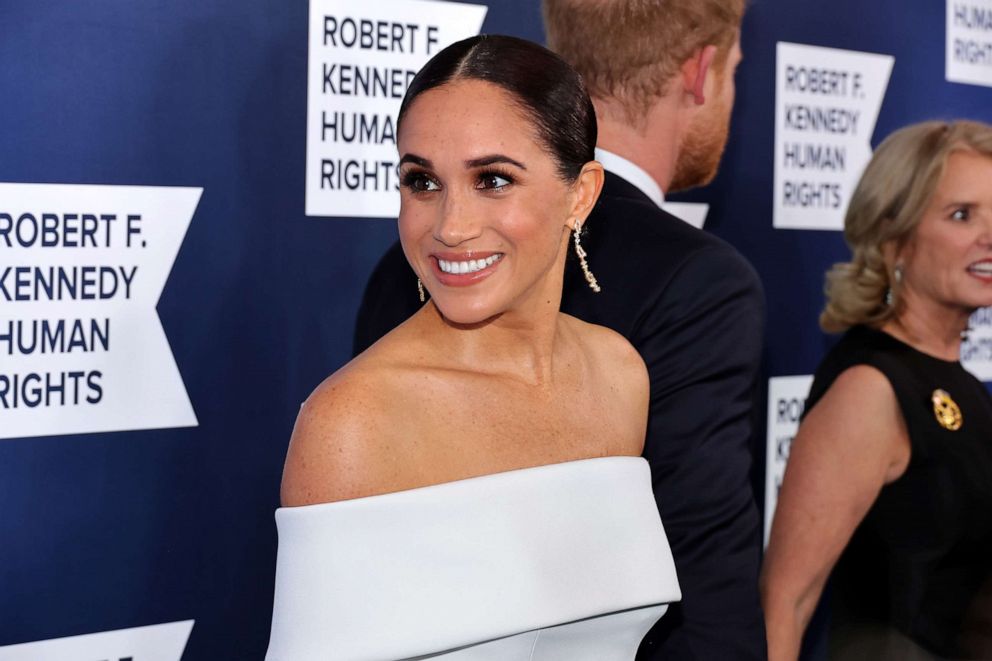 The release of the docuseries comes at a particularly tenuous time for Harry and the royal family, from whom he has been largely estranged since stepping down and moving to California, where he and Meghan now live with their two young children.

Harry's brother Prince William and his wife Kate, the Princess of Wales, traveled from the U.K. to Boston last week, where they met with another member of the Kennedy family, Caroline Kennedy, the daughter of the late President John F. Kennedy.

On the eve of William and Kate's trip, controversy erupted in London after a guest at a Buckingham Palace reception accused Lady Susan Hussey, William's godmother, of racism. Hussey later stepped down from her honorary role as a lady in waiting, and palace officials subsequently launched an investigation into the incident.

The Waleses did not meet with Harry and Meghan while they were in the U.S., an apparent sign of the ongoing rift between the two couples, according to ABC News royal contributor Victoria Murphy.

The two couples were last seen together in September for Queen Elizabeth II's funeral, their first joint public appearance in over two years.

Adding to the tension, the first trailer for Harry and Meghan's docuseries dropped in the middle of William and Kate's visit to Boston, where they attended the awards ceremony for the Earthshot Prize.

The royal family has not commented publicly on Harry and Meghan's docuseries.

"William, Kate, Harry, and Meghan put on a real show of unity for the queen's funeral, but I think that was always a show of unity," Murphy said. "And we see now, with this documentary coming out, with Harry's book coming out, just how raw those disagreements still are, and I think they could get even bigger depending what is in this documentary, what is in the book."

Less than one month after part two of the Sussexes' docuseries airs on Dec. 15, Harry will release his memoir on Jan. 10, 2023.

The book, titled "Spare," an apparent nod to Harry's birth order, has been described by the prince as a "firsthand account" of his life that is "accurate and wholly truthful."