Royal watchers hoping for a family reunion between Prince William and Prince Harry while William and Kate are visiting the United States may be left disappointed.

Sources close to William and his brother Prince Harry, who lives in the U.S. with his wife Meghan, confirm the two couples have no plans to meet while William and Kate are on their three-day visit to Boston.

William and Kate, the Prince and Princess of Wales, are visiting Boston to attend Friday's awards ceremony for the Earthshot Prize, an initiative William launched in 2019 to create solutions for environmental problems.

While in Boston, the couple will meet with Caroline Kennedy and tour the John F. Kennedy Presidential Library and Museum. 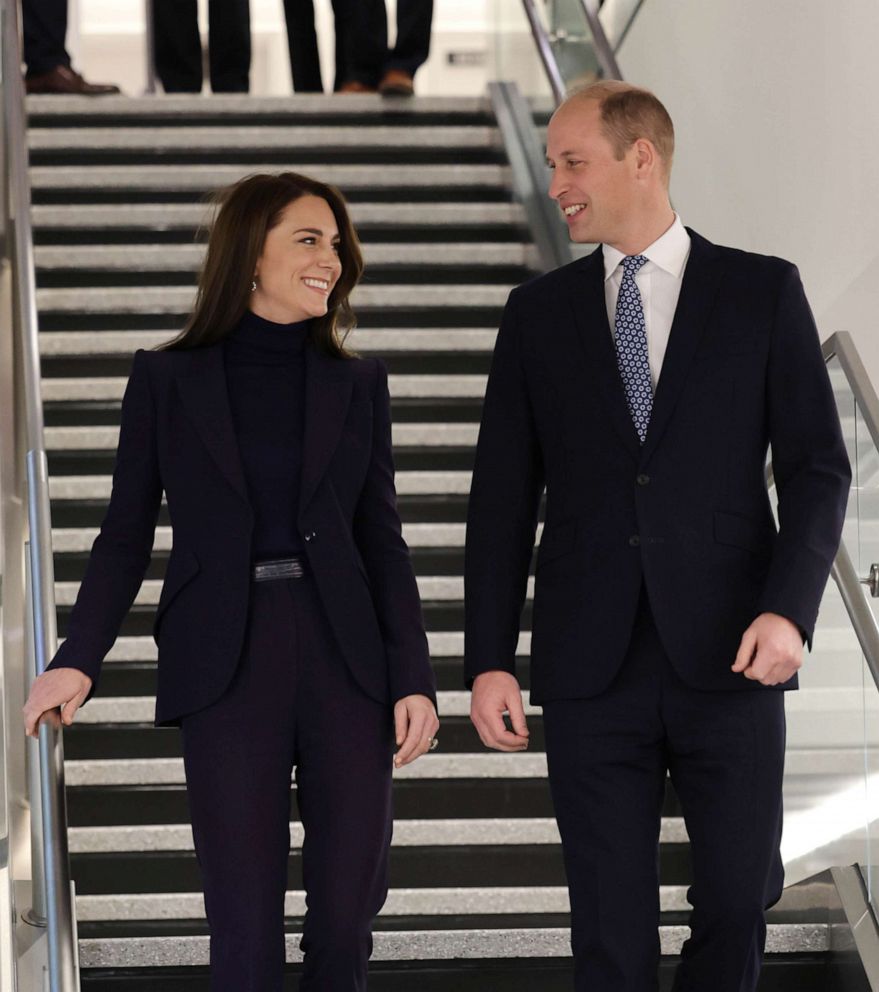 Just a few days later, on Dec. 6, the California-based Harry and Meghan will be in New York City to receive the Robert F. Kennedy Ripple of Hope Award from Kerry Kennedy, a cousin of Caroline Kennedy and niece of the late John F. Kennedy.

The fact that the two couples will be so close to each other on the East Coast in a short time span but will not meet is a sign of their continued strained relationship, according to ABC News contributor Victoria Murphy.

"I think the fact that there isn’t going to be a meeting says it all -- the fallout is still very real and raw," said Murphy. "Yes, Boston is a long way from California but Harry and Meghan are making the trip to New York just a few days later, so citing distance as the reason for not meeting doesn’t feel like the full picture."

The couples have seen each other only a handful of times since Harry and Meghan stepped down from their senior working royal roles in 2020 and moved from the U.K. to California.

The last time William, Kate, Harry and Meghan appeared publicly together in person was during the mourning period for the late Queen Elizabeth II in September. Prior to that, the two couples, once called the "Fab Four" by royal watchers, had not been seen together in public in over two years.

"The brothers put on a show of unity for the queen’s funeral but the reality is that the divisions and disagreements are very much still there and they could get bigger depending on what is in Harry’s book and the couple’s docuseries," said Murphy.

Harry and Meghan will be featured in a docuseries airing on Netflix in December and the next month Harry's memoir, titled "Spare," will be published on Jan. 10.

When the book was announced last year, Harry said it would be a "firsthand account" of his life that is "accurate and wholly truthful." 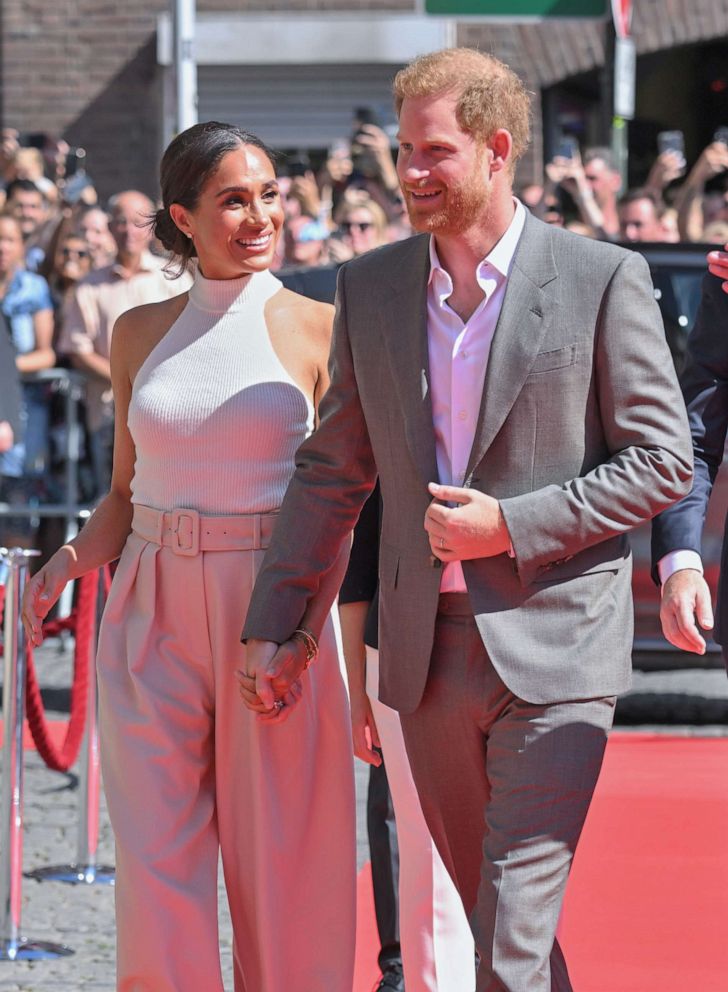 Karwai Tang/WireImage via Getty Images
Prince Harry, Duke of Sussex and Meghan, Duchess of Sussex during the Invictus Games Dusseldorf 2023 - One Year To Go launch event, Sept. 6, 2022, in Dusseldorf, Germany.

The spotlight on Harry and Meghan means William and Kate's U.S. trip, their first in eight years, comes at an "interesting time," according to Murphy.

"Since they stepped back from royal life, Harry and Meghan have, at times, been very visible, but at times they have had periods out of the limelight with their young family," she said. "Right now, it feels like they are very visible with anticipation building around their docuseries and Harry’s book and an awards gala to attend in New York."

Murphy continued, "So it’s an interesting time for William and Kate to be in the U.S. -- the country Harry and Meghan have made their home -- right at the moment when there is a particular buzz and anticipation around what Harry and Meghan might have to say next about the royals."

William and Kate's trip also comes at an important time for the couple, who have taken on new roles since the queen's death.

The trip is their first international trip since taking on the new roles of Prince and Princess of Wales. It also comes at a time of change for the monarchy under King Charles III, William and Harry's father.

It is also William and Kate's first trip since their visit to the Caribbean, where they faced protests over colonialism.

"I think this trip will be an interesting one because the monarchy has had a lot of criticism in the past few years," said Murphy. "The picture is very different to when William and Kate visited the U.S. in 2014, so this trip could be seen as an opportunity to gauge how the U.S. public feels about the working royals and the monarchy right now and what that might mean for the royal family globally."

The trip is also of personal importance to William, the heir to the throne, who has made preserving the environment a central point of his royal work.

"This is William’s passion project and something he is dedicating himself to over a decade and that he wants to do so that he can look his children in the eye over climate change," said Murphy. "Their biggest goal is absolutely to get more focus around the awards and what we can do for climate change."