As non-working members of Britain's royal family, Prince Harry and Meghan have charted their own future by working on lucrative independent projects.

What will happen to some of those projects in the wake of the death of Harry's grandmother, Queen Elizabeth II, remains a closely watched question.

Shortly before the 96-year-old queen's death on Sept. 9, Meghan, the Duchess of Sussex, launched her long-awaited podcast, "Archetypes," which quickly rose to the top of Spotify's charts with its debut episode featuring Meghan's friend Serena Williams.

This week, Spotify announced that new episodes of the podcast will be paused "during the official mourning period for Her Majesty The Queen."

Whether Harry's upcoming memoir will continue as planned is not yet clear.

Harry, the Duke of Sussex and fifth in line to the throne, is scheduled to release a memoir this year that he has said will be a "firsthand account" of his life "that's accurate and wholly truthful."

"I'm writing this not as the prince I was born but as the man I have become," Harry said in a statement released last year by Penguin Random House, the book's publisher. "I've worn many hats over the years, both literally and figuratively, and my hope is that in telling my story—the highs and lows, the mistakes, the lessons learned—I can help show that no matter where we come from, we have more in common than we think."

Since leaving their senior royal roles in 2020, Meghan and Harry, the youngest son of King Charles III, have been candid about the difficulties they say they faced as senior members of Britain's royal family, including sitting down for an explosive, tell-all interview with Oprah Winfrey last year. 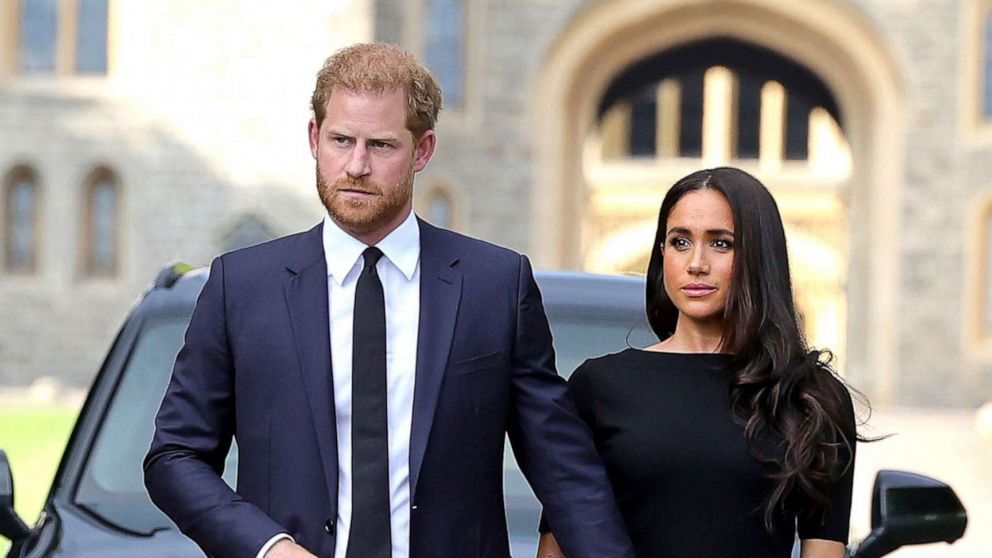 Harry's relationship with some members of his family, including Charles and his brother Prince William, have reportedly continued to be strained, leading royal watchers to wonder what details Harry would include in his memoir.

At the time the book was announced, Penguin Random House said it would be an "honest and captivating personal portrait" of Harry's life and that it would be released in late 2022.

"In an intimate and heartfelt memoir from one of the most fascinating and influential global figures of our time, Prince Harry will share, for the very first time, the definitive account of the experiences, adventures, losses, and life lessons that have helped shape him," the publisher said in a statement.

Penguin Random House has not so far announced a change to the timeline for the book being published, nor has it said whether the book will be updated with details of the queen's passing.

Harry and Meghan, who live in California with their two children, Archie and Lilibet, were in England for charity events when the queen died at Balmoral Castle in Scotland.

On Saturday, the Sussexes appeared with William and Kate, the Princess of Wales, outside Windsor Castle to view tributes to the queen and speak with members of the public.

A representative for William told ABC News the prince invited the Sussexes to join him and Kate. 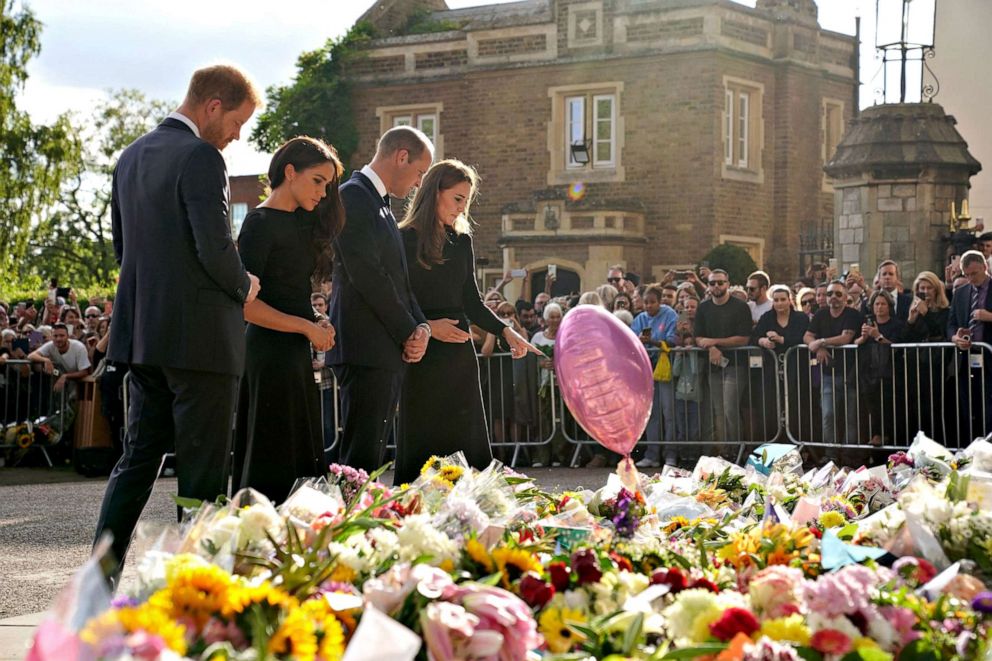 Kirsty O'connor/POOL/AFP via Getty Images
Prince Harry, Duke of Sussex, left, his wife Meghan, Duchess of Sussex, William, Prince of Wales and his wife Catherine, Princess of Wales look at floral tributes laid by members of the public on the Long Walk at Windsor Castle on Sept. 10, 2022.

The appearance marked the first time the two couples, once called the "Fab Four" by royal watchers, had been seen together in public in over two years.

Their last appearance together was at a Commonwealth Day service in March 2020 that was Harry and Meghan's final engagement as senior working royals. 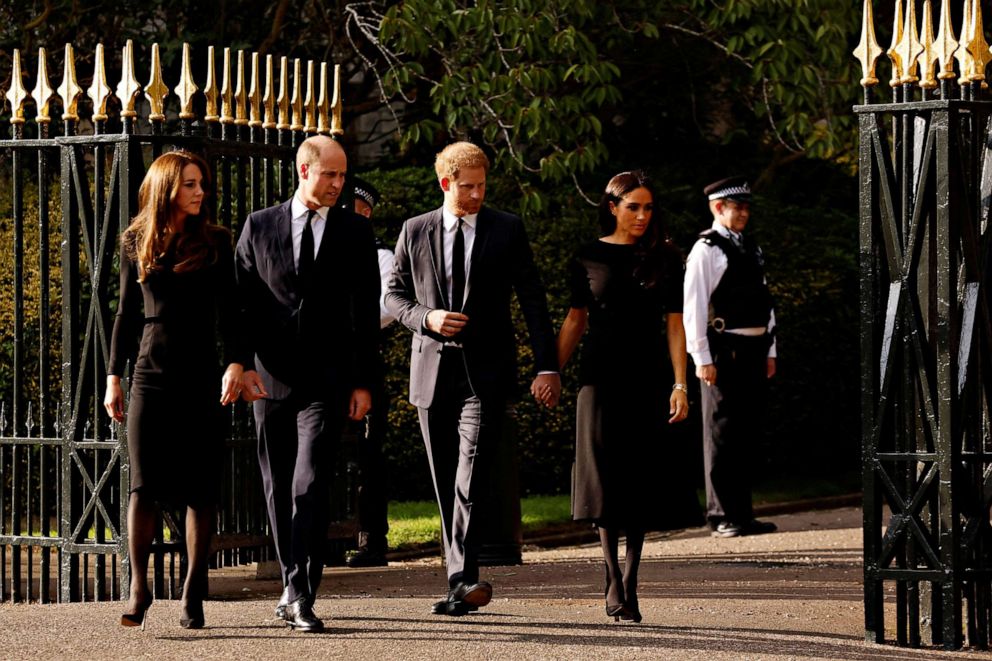 The two families now have homes close to each other in Windsor.

William and Kate moved this summer from Kensington Palace to Adelaide Cottage on the grounds of Windsor Castle, which is also where Harry and Meghan's U.K. home, Frogmore Cottage, is located.

Harry and Meghan are expected to join the royal family as they mourn the queen's passing with events scheduled to take place through her funeral on Sept. 19.

In his first public address following the death of the queen, Charles included the couple, saying, "I want also to express my love for Harry and Meghan as they continue to build their lives overseas."