Queen Elizabeth II, Britain's longest-reigning monarch, died at the age of 96 on Sept. 8, at Balmoral Castle in Scotland.

With the queen's death come questions about what happens next, as the world has not witnessed a changeover in Britain's monarchy in 70 years.

The U.K. government and the royal family have been planning for years to ensure a smooth transition after the queen's death, and to appropriately honor her history-making reign.

Here is what comes next.

When and where will Elizabeth's funeral take place?

Max Mumby/indigo/Getty Images
Queen Elizabeth II attends an Armed Forces Act of Loyalty Parade in the gardens of the Palace of Holyroodhouse in Edinburgh, Scotland, June 28, 2022.

Elizabeth's funeral will be held at Westminster Abbey, making her the first sovereign to have a funeral there since 1760.

The queen's funeral will be attended by dignitaries and heads of states from around the world, including President Joe Biden.

Westminster Abbey normally holds 2,200 congregants, but extra seating can be arranged to accommodate more than 8,000 people, as it did at the queen's coronation.

Where will the queen be buried?

The queen will be buried at the King George VI Memorial Chapel at St. George's Chapel, on the grounds of Windsor Castle, where she spent many of her final years. 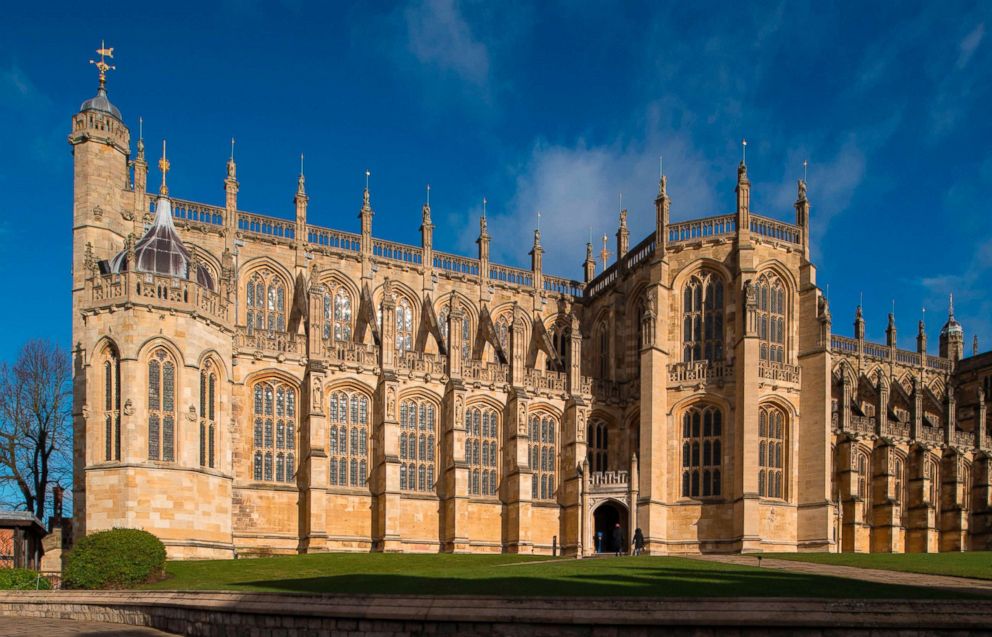 The queen will be buried next to Prince Philip, the queen's beloved late-husband of 73 years.

Will there be a procession or memorial for the public to attend?

The queen's coffin was taken from Buckingham Palace to Westminster Hall, where it is lying in state.

Hundreds of thousands of people have waited hours in line to pay their respects to the queen.

Charles, the eldest child of Elizabeth and Philip, became King Charles III upon his mother's death.

The Accession Council, led by government figures, met at St. James's Palace in London the day after the queen's death to formally proclaim Charles the new sovereign. 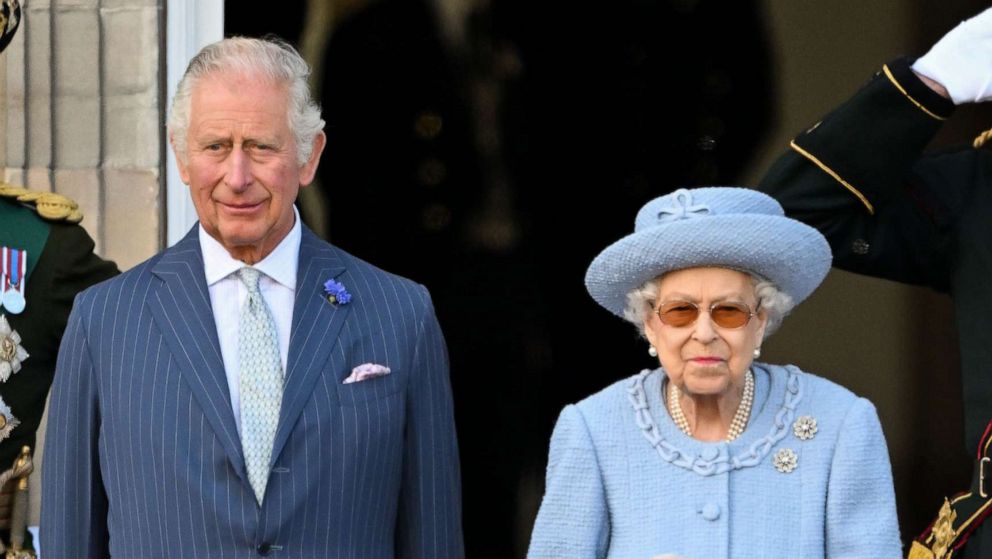 Tim Rooke/Shutterstock
Prince Charles, Prince of Wales and Queen Elizabeth II attend the Royal Company of Archers Reddendo Parade in the gardens of the Palace of Holyroodhouse, Edinburgh U.K., June 30, 2022.

The queen's coronation, for example, took place on June 2, 1953, 14 months after she ascended to the throne upon her father's death.

Will Camilla, the Duchess of Cornwall, be crowned alongside Charles?

Yes, Camilla and Charles will be crowned side-by-side.

In February, the queen requested that Camilla be known as Queen Consort when Charles became king.

Queen Consort is the title given to the spouse of a king, and under U.K. law, whoever is married to a king would immediately become that and be known as queen.

When Charles and Camilla married in 2005 there was some debate as to what title Camilla, a divorcee, would take when Charles became king. At the time of their wedding, a spokesperson for the couple suggested she would take the title Princess Consort.

The queen's request, laid out in a letter marking her 70 years on the throne, was the first time the 96-year-old queen had publicly addressed her daughter-in-law's role in the future monarchy.

Now that Charles is king, William, his oldest son, becomes heir to the throne and becomes the Duke of Cornwall. 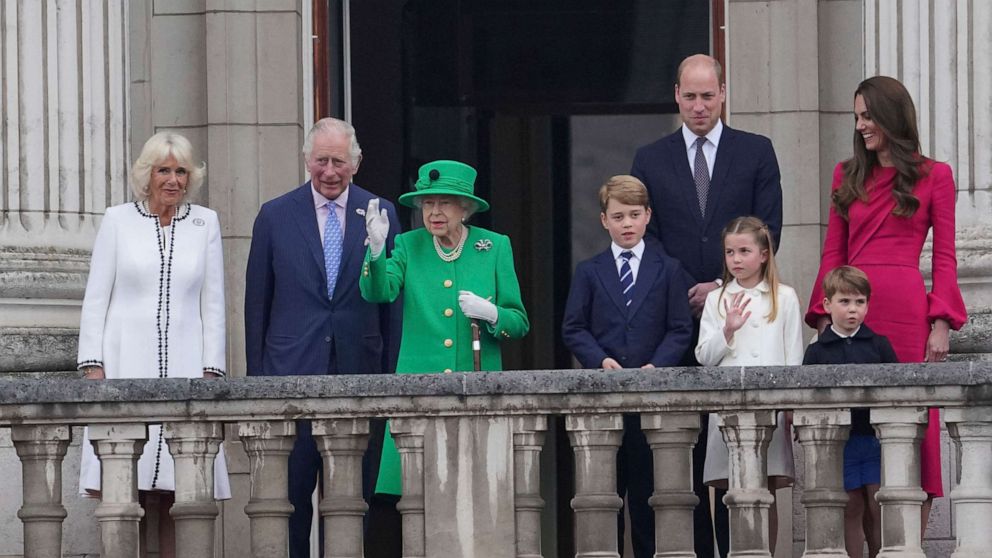 Charles also appointed his son as the Prince of Wales, making Kate the Princess of Wales.

William and Kate are the first couple to use the Prince and Princess of Wales titles since they were used by Charles and the late Princess Diana, who divorced in 1996. 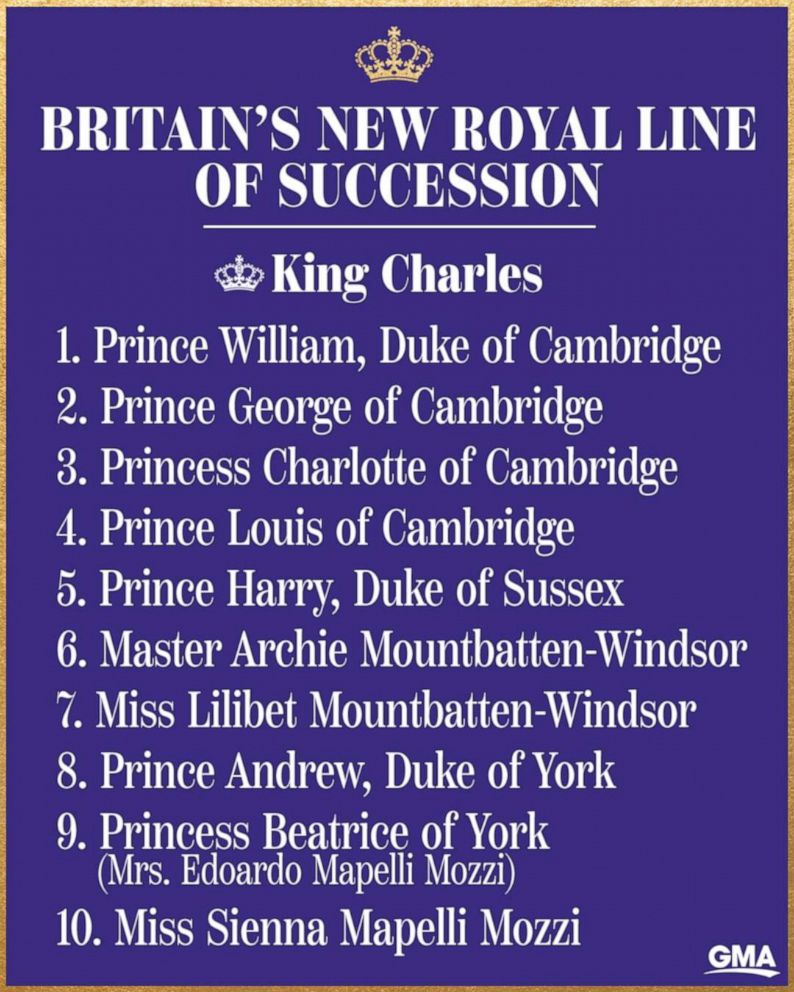 Is Prince Harry still in the line of succession?

Charles's youngest son Prince Harry is still in the line of succession as he is still a member of the royal family.

He is now fifth in the line of succession, and his two children Archie and Lilibet are now sixth and seventh, respectively.

Harry and his wife Meghan are expected to keep their titles as the Duke and Duchess of Sussex. The couple stepped down from their roles as senior working royals in 2020.