With the holiday season kicking off, Bombas has teamed up with Disney to create a new collection of princess-themed unisex socks.

Princesses such as Ariel, Belle, Cinderella, Moana, Mulan and Tiana each have their own pair of the calf socks.

According to a press release, the socks are "inspired by the stories that have made people dream bigger, reach higher and do incredible things together."

The majority of the company's socks are designed to be inclusive, with unisex sizing and styles to represent diversity.

To further celebrate the launch of the new collection and to emphasize the theme, Bombas is spotlighting three young people who are making a difference in their local communities.

"At Bombas, we were so inspired by their courage and kindness, that we wanted to support their missions with donation socks to add to their giving efforts. We're sharing their stories here to spread their giving spirit, and invite you to find ways to give back, big or small," the company wrote on their website.

Scroll down to learn more about them.

Bethany, 6, from Savannah, Georgia, founded Happy Bags for the Homeless in 2019. 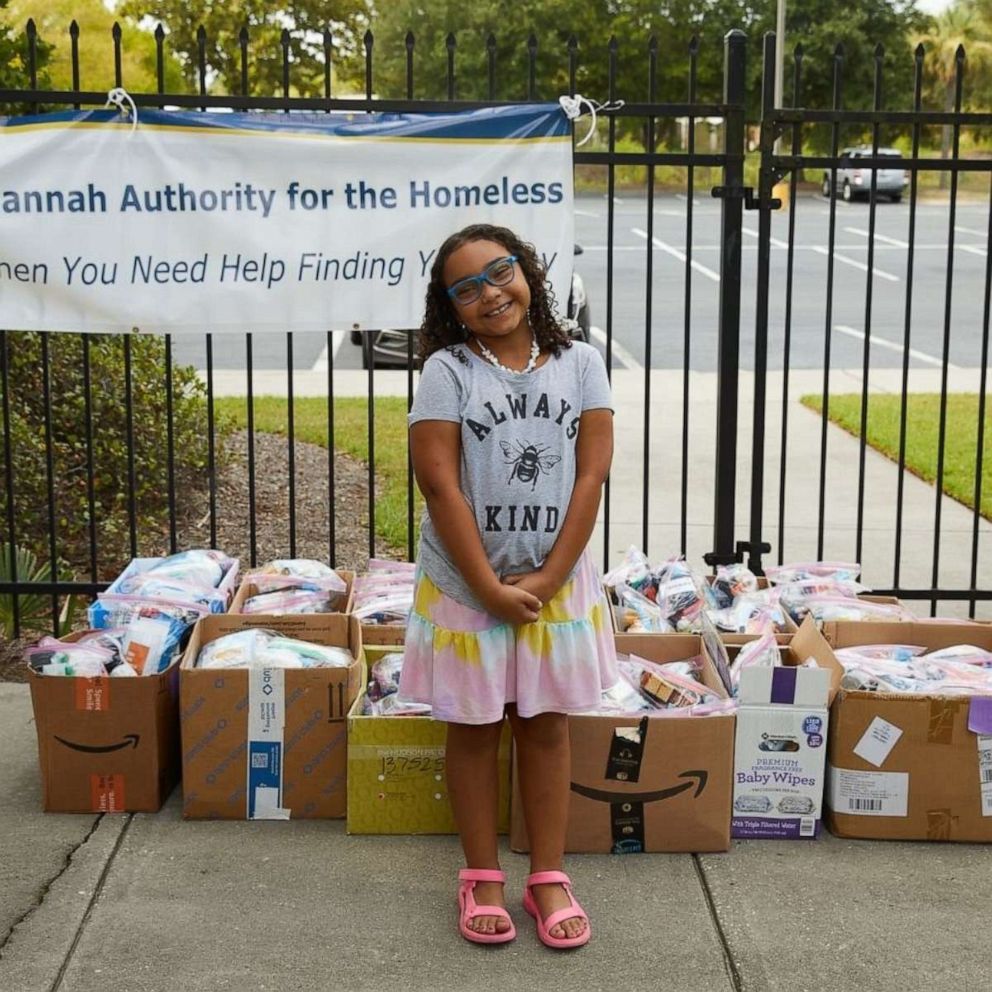 Bombas
Bethany is the 6-year-old behind Bethany’s Happy Bags for the Homeless.

She helps men, women and children affected by homelessness by giving out bags filled with essentials.

Third-grader Zohaib spreads kindness around Virginia and Washington, D.C., through his organization: Zohaib Helps Us. 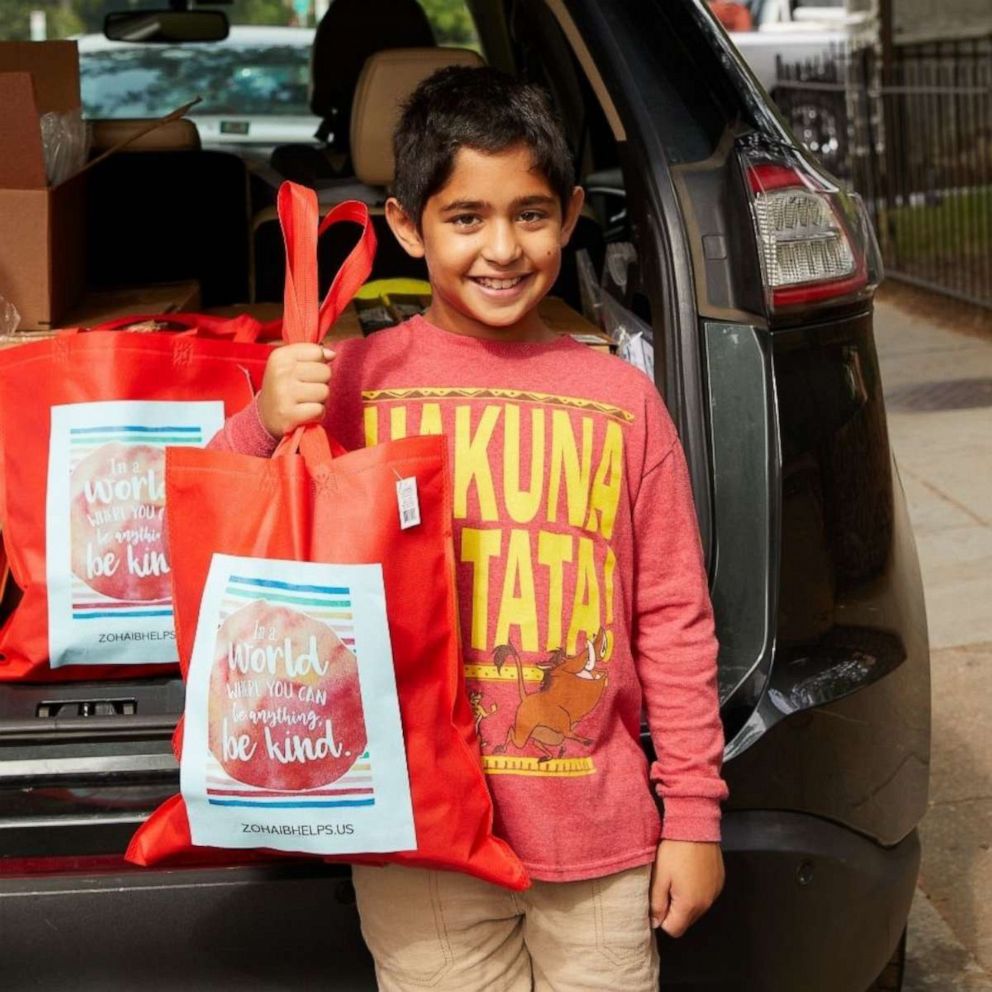 Bombas
Zohaib is a third grader who sprinkles kindness in his community through his organization, Zohaib Helps Us.

During the pandemic, he worked with hotels to donate PPE to his local hospitals.

He even received recognition on Twitter from former President Barack Obama.

So many Americans right now are stepping up to help their communities. Zohaib Begg, a 7-year-old from VA, is one of them. This inspiring kid has been gathering supplies from hotels to donate to the medical professionals at his local hospital. https://t.co/K8Pvp9Cyaq

Eight-year-old actor and dancer Leo founded Dance for Justice to raise awareness for programs that educate children through art, music and sports. 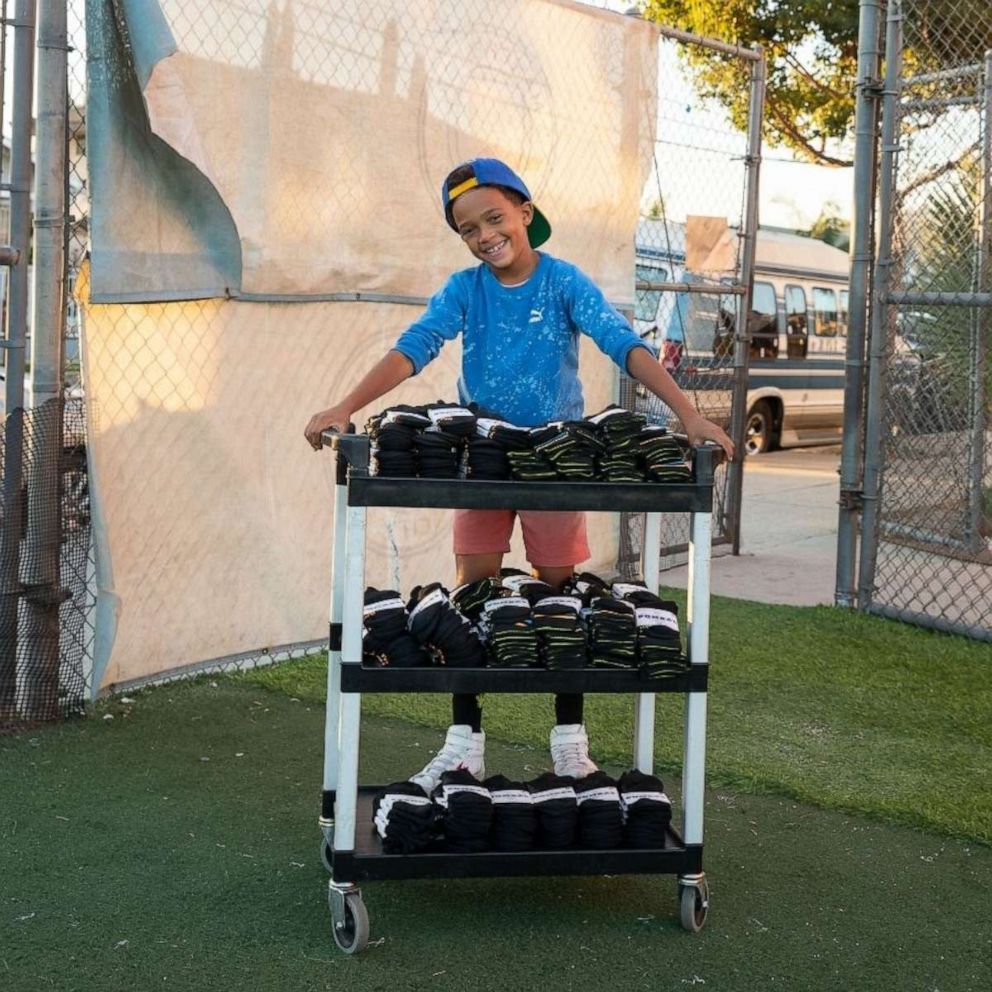 Bombas
Leo Abelo Perry is an 8-year-old actor, dancer, and founder of Dance for Justice.

He hosted a giving-focused event in California to distribute Bombas socks.

MORE: North Carolina woman learned to embrace her natural hair during the pandemic.

Collectively, Zohaib, Bethany and Leo have distributed nearly 3,500 socks and other essential items to those in need..